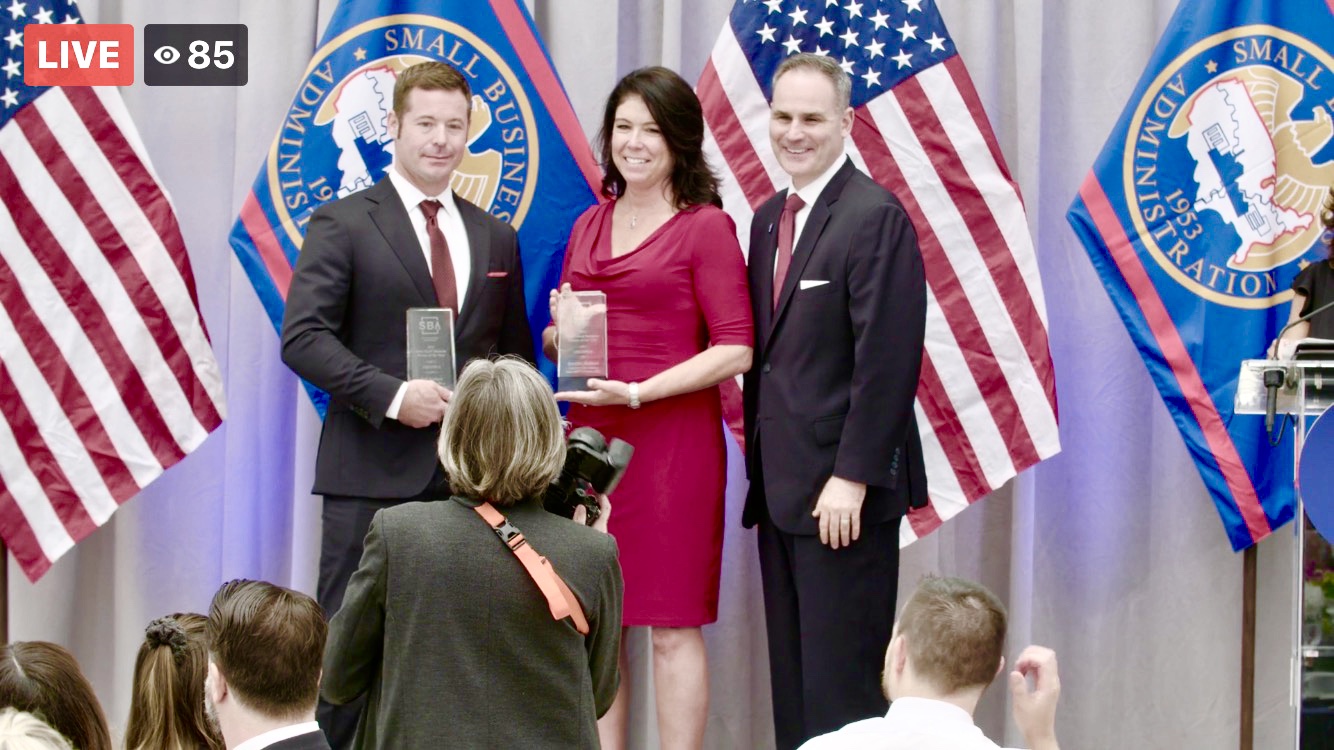 In a ceremony on Monday, May 6, 2019,  in Washington, D.C. the United States Small Business Administration announced Arizona’s Superstition Meadery as the 2019 Small Business of the Year.

As recipients of the nation’s highest honor bestowed on small business leaders, Superstition Meadery owners Jeff and Jennifer Herbert are proud of their greatest business achievement to date.

Jen says, “This award is proof that the American Dream is alive and well, but it is so much more than Jeff and Jen, or the company we have built, this is a huge day for the Mead Industry!”

When you first meet Jeff & Jennifer Herbert, founders of Superstition Meadery, you can’t help but feel their passion for creating the finest craft beverages in the world. Although Mead is the first alcoholic drink with evidence of it dating back to 7,000 BC, many people today don’t know anything about it.

Mead is made by fermenting honey with water, fruit juice or spices. Jeff and Jen’s style ranges from a bourbon barrel aged mead as dry as the desert to raspberry and white chocolate dessert mead that is so delicious it makes you smile.
Their creativity has put them on the map as one of the best in their industry and this year they were named the 35th top rated craft beverage producer out of over 36,000 businesses worldwide in the RateBeer Best Awards. In addition to winning 24 medals for mead at the Mazer Cup International Mead Competition, Jeff and Jen also make the best hard cider in the world, Blueberry Spaceship Box. https://www.ratebeer.com/RateBeerBest/BestBrewers-World2019.asp

Additionally, this year the Small Business Development Center, a nationwide program with offices in every state, awarded them with their highest honor, the Master Success Award for best small business in Arizona.
http://www.azsbdc.net/what-we-do/2019-success-awards/

With no intention of slowing down, the Herberts are busy developing Superstition Downtown, in Phoenix, Arizona. Their next venture will be the first mead and food pairing restaurant in the world. Yet, they aren’t losing sight of their vision.

As Jeff states “We follow our mission to reintroduce the world’s oldest fermented beverage to mankind every day, and we are psyched that our mead and cider is making people happy all over the world.”

Jeff and Jennifer Herbert started making mead at home when Jen gave Jeff a brewery kit for his birthday in 2007. They began professionally in 2012 when they collaborated with Juniper Well Ranch in Skull Valley. They opened their tasting room in 2014 and quickly outgrew that for production. They opened their production site in 2015.
The business continued to grow at warp speed with a lot of creativity and entrepreneurial spirit. They have grown Superstition Meadery from a few varieties in 2014 to over 200 today. www.superstitionmeadery.com